Art and Music–Copland and Modern Art 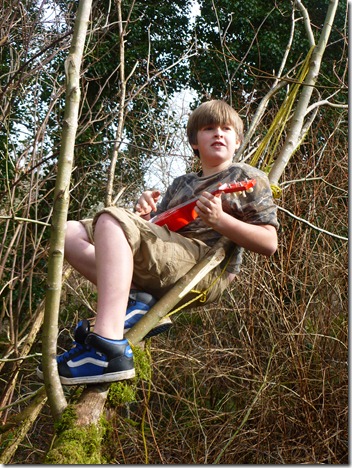 It’s hard to come up with exciting photos from our Artist and Composer studies.   I’ll give a re-cap of the week:

Listening to Aaron Copeland, his “cowboy western” theme music. Several times we stopped the track to find out which piece was playing. Many of the themes were familiar to us. There was one comment that a part sounded like a piece off of their video game – set in the future with robot warfare. I giggled. We love the links that are included in our Grade 8 Fine Arts book – it makes it SO easy to listen to the music!

I am loving Carnation Lily – Lady Agnew and Morning Walk Nathan worked on studying about the Vietnam Memorial in Washington DC, answering questions about:

He did like it quite a bit.  (After declaring he Did Not like Modern Art). We talked about the need for memorials on the coast, often found near ports here on Highway 101.  The loss that families feel when the news comes back – Lost at Sea, Lost at War, Lost. I enjoyed our conversation and reading his observations from his experiences and internet findings.

While he was busy working on his notebook page, Jon and I went out to the craft room to work on a self portrait. We didn’t have a mirror that would be easy to move, so Jon came up with the idea of using his iPod.  20th century folks.

Anyone noticing a Coffee in Photo theme I seem to be having this year?  Ha.

So I leave you with Jon – who created a seat to watch the lake – during the twig study – which made my heart faint, wondering when that branch would break . . . Boys.

The Transparent Thoughts of an Unschooling Family of Boys - Answering the question - What DO you DO all day?
View all posts by +Angie Wright →
This entry was posted in Some Schooling and tagged Art, composer, HomeSchool. Bookmark the permalink.

2 Responses to Art and Music–Copland and Modern Art