I read that it was going to be a negative tide right at sunset in September, so we headed out for an after dinner stroll. Tremendous excitement was felt by all three of us when we saw the beach. The summer sands are still pushed up.  The Negative Tide was as low as we have ever seen it.  The cliff to the right?  That is usually where the water stops.  There is a rock ledge on that cliff that one may walk on during a low tide, very carefully, to walk around the edge to a second beach. Even at low tide the water will splash the rock.

A few times, the tide has been low enough to reveal the rocks to the left – but usually leaving pools of water to wade through.  We have walked through on the left 2 times, but never this far to the west.

This was during a week that we were to complete a One Small Square Study.  The boys have enjoyed doing the yard challenge twice, so I mentioned it here.  Our challenge : Find one object that you do not know the name of. Look at the extreme low tide rocks, one square foot at a time, and find an object.  Nathan and I both found this little guy below.  We thought we knew what it was – but it was different than what we had seen before. Once we were focused on one species, we found over a dozen of them. 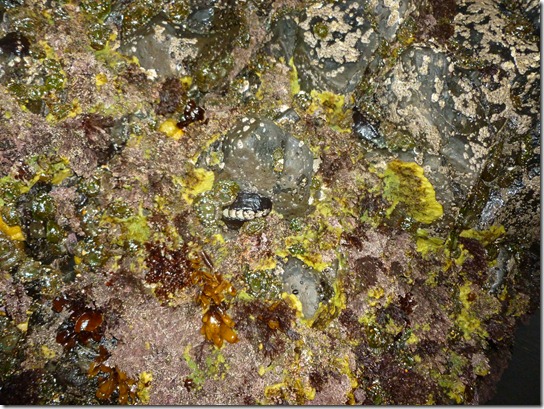 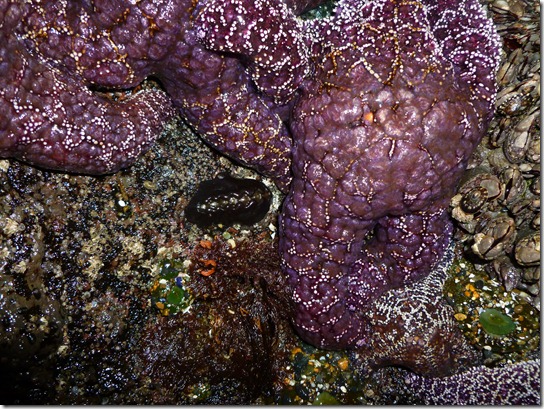 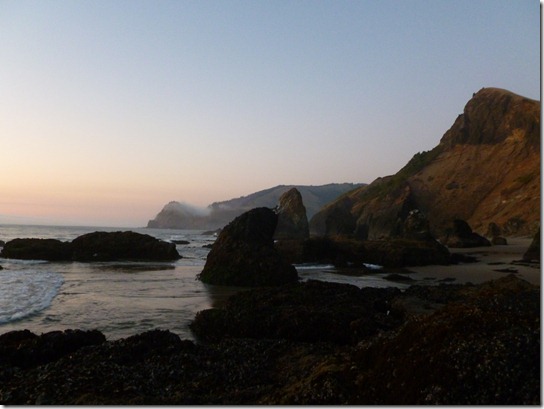 Cascade Head is shown with the fog on the tip.  When the the first winter storms rip the sand away – the sand on the right will disappear and it will be all rock.  As I’ve complained before – all of this nature study is hard work for sure. 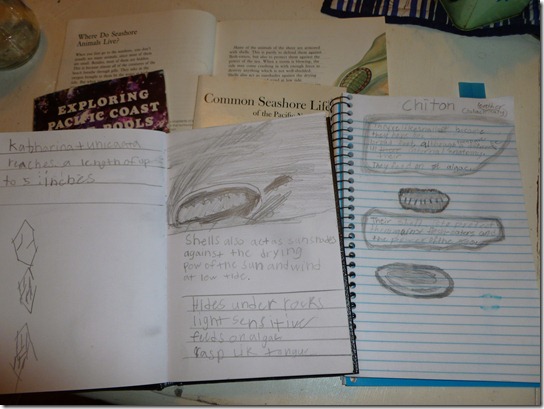 We looked up the object on line and browsed through four tide pool books. The assignment was to read through each entry and glean interesting facts.  The goal question: If you are at the tide pools this month, standing next to a tourist, and they ask you the name of this creature, what will you answer?  What sorts of information would you like to share with that individual?  Write out your facts, draw the object, commit it’s name to memory.

We also practiced bibliographies such as

We were right that this was a Chiton.  This particular fella is  Leather Chiton, Katherina.  The mantle covers all but the very center of the body.  This so so that it can withstand the surf and sun. All Chitons have 8 shells down their body.  They feed on Algea.  When they are taken off of a rock they will curl up like a pill bug. They have a boot and are related to the Snail Family.

The Transparent Thoughts of an Unschooling Family of Boys - Answering the question - What DO you DO all day?
View all posts by +Angie Wright →
This entry was posted in Beach Schooling, Outoor Hour Challenge, Some Schooling and tagged Charlotte Mason, Coast, HomeSchool, HSBlogger, Lincoln City, Nature, one small square, Oregon. Bookmark the permalink.