Restacking our Priorities in October 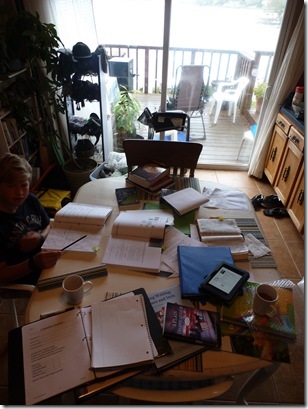 This weekend was hard.  Our hearts come out in our words and deeds, and it wasn’t pretty. Lines were crossed. Loud conversations. Hubby asked if what consequences would be given out from some of the infractions.  And I knew.  I knew that it wasn’t really even the boys’ fault.  It was mine. This time.

We started out slow in September with so many doctors appointments for Dad. (Shoulder Surgery) We have several review products, and those take time to start up and figure out as a family.  Our math was new for both boys, writing a bit more intense out of the cage than we thought, and items from last spring were not remembered over the long summer dipped in salt water.

Our focus was on getting the curriculum going so that we could get to the point of where we “do the next page”. Then. Then we’d have time. Time for coffee. Friends. The Word. Time.

It is the second week into October, and we still are not doing the next thing.  Our bible study has been done around 5 times. Yikes.

So last night I prayed. Considered. I heard the Lord speaking all afternoon Saturday and all day Sunday. Laying out a plan. Urging me to put the breaks on. Trust Him to shift gears.  Focus. 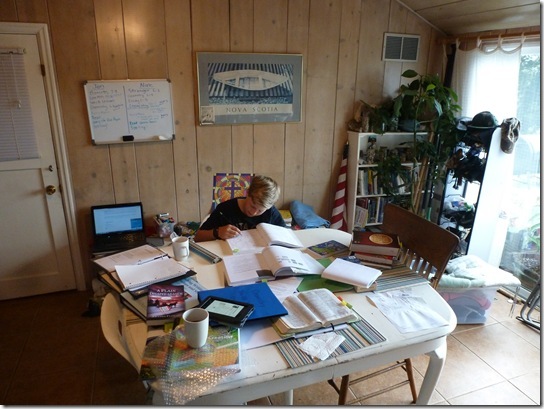 We had several batches of company the last two weeks, that sort of got our dining room out of order.  This morning I took all of the extra links out of the table, smaller seems to help us. Then spread the books that I want the boys to work on in piles. Took some time to write down where we were in each selection, then wrote down a plan on paper.

We started early, my youngest and I . Alone with steaming mugs of goodness. Quiet. Talking through the weekend. His actions. My responses. We started the day out in repentance and forgiveness, the both of us.

We both agreed that two weeks without the Word as our focus had allowed both of our hearts to wander. After talking about the young man’s study, Strong from Door posts, we agreed that it might be a bit too old for him right now. He asked if we could do Proverbs for a while and get back on track. He said – “Studying the Word like that is Boring writing things over and over,” and he didn’t see why he had to do it.  Ok. So let’s read Proverbs. Today is the 7th. Let’s start there. 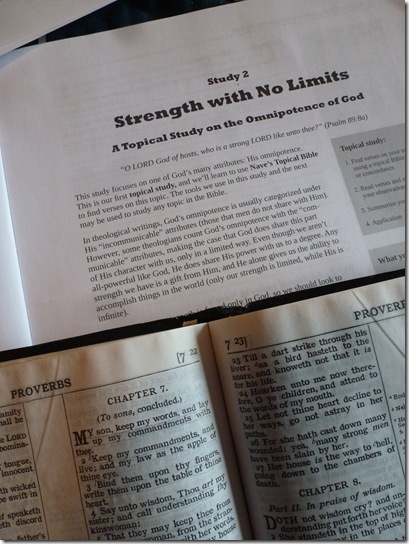 He says  – did you set this up? No. I had no idea what Proverbs 7 was about.  Jon looks up, “I suppose you did?” and we both smiled. I suppose He wanted to make sure Jon knew His word wasn’t boring either, as the 12 year old got to read about the woman, decking out her bed . . . . 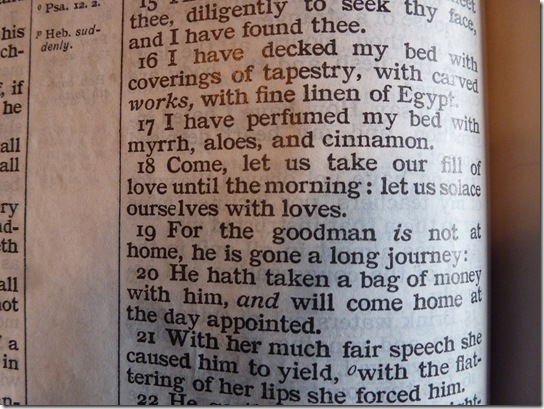 Jon says, “Well, that’s not boring!”. Ha. Nathan, on the other hand, is going through the Strong Book. Quite a bit more with me than he did on his own. I don’t think, when he did it this summer, he did the ‘extra’ work.  We started the study over. I’ll write another post about what we are learning in the future.

Priorities straight, we worked on his MUS Zeta, I ordered MUS Geometry for Nate today. I really think the videotext is good, but I can’t really see what Nate is doing, know what the path is. He doesn’t like how fast it moves forward, we tried tweeking it about, but this is too early in the year for tweeks. He also does not enjoy writing each problem out from the computer. This week we had to print problems and cut out the shapes.  Not his thing. He is happy to be back with Mr. Demme. 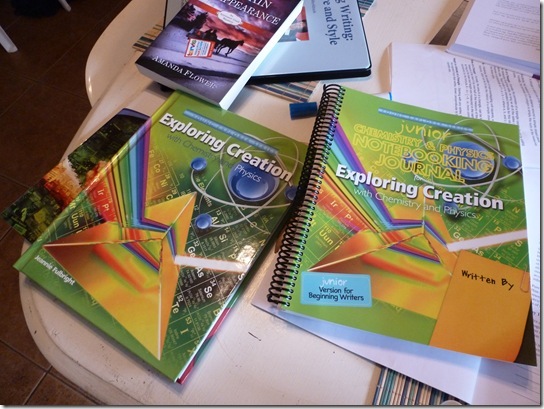 If you follow me on Facebook, you’ll know we were chosen to review Apologia’s newest book – Exploring Creation with Chemistry and Physics. I had no idea how closely it ran towards Charlotte Mason and Notebooking and Narration. So many hands on projects! We started today.  We were able to take a peek at the Junior Notebook, and will get the older notebook some time next week.

We are still loving IEW’s Student Writing Intensive B.  This week is no video – review of the last four weeks.  We can do that. 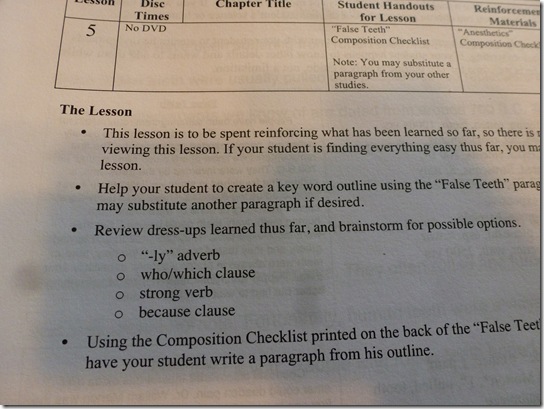 Nate took 2 weeks out to review some chemistry videos with his dad. I was shocked at how much evolution is in Chemistry and Physics. Not shocked so much as in I couldn’t believe it, but taken back at how interwoven it is. We had just finished reading the intro to the Apologia’s Chem and Physics and love how the creator is interwoven. We’ll take the later. So back to Chemistry 101 DVD for us.  Nate jumped to Segment 4 on the DVD Friday, so today we read the text and worked on the activities and took the quiz. 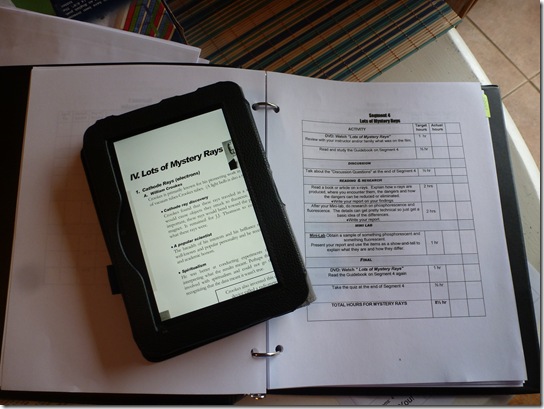 I printed the accreditation sheets out along with the quiz sheets.  He’ll just read the guidebook on the kindle. 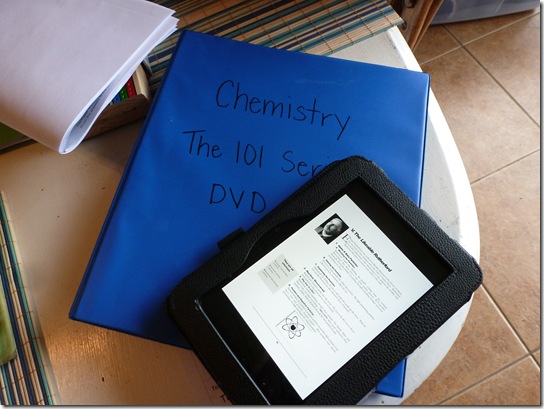 Feeling good this afternoon. A rich soup is wafting around the home, and the movie is almost set to watch – Ironman 3 – and the hot water is steaming for my afternoon tea.

How about you? Have you gotten caught up in the race to get the new programs started that you’ve forgotten to set your day straight?

The Transparent Thoughts of an Unschooling Family of Boys - Answering the question - What DO you DO all day?
View all posts by +Angie Wright →
This entry was posted in Some Schooling and tagged chemistry101, Doorposts, HomeSchool, HSBlogger, mus. Bookmark the permalink.

1 Response to Restacking our Priorities in October