We rented a car to take over the hill to Bend, as the last trip cost us our Head Gaskets in the Subaru.  We needed to return it Monday morning to Newport – so we took a tourist day after a few errands.

Can’t even begin to estimate how many stops we take to look at the waves. He is addicted to watching them. 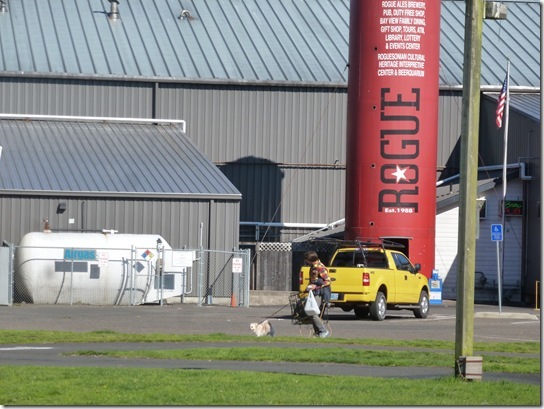 Nate loaded all of the crabbing gear in hopes that we’d be up for spending some time on the docks. Jon has had a tummy bug, and we’re exhausted from traveling – his gamble paid off – blue sky in Newport with the whole family? That equals crabbing.

Darren and I are more like Crabbing Supervisors. I don’t have a license, and Darren can’t use his left shoulder, so the boys were in for all of the action. 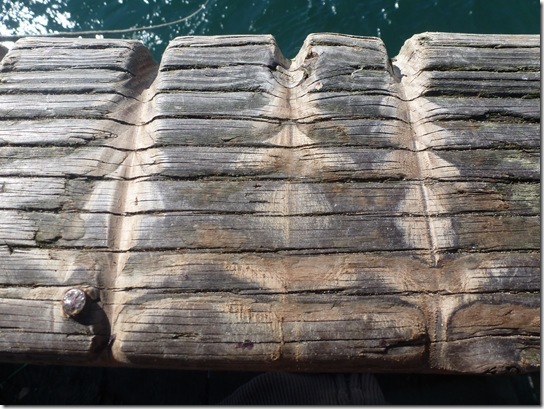 This dock has seen many years of crabbing action. These cuts made by rope line the entire pier. 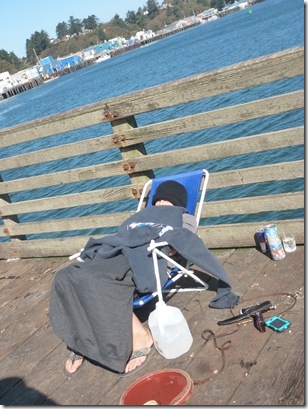 Jon took moments to chill and let his tummy rest. 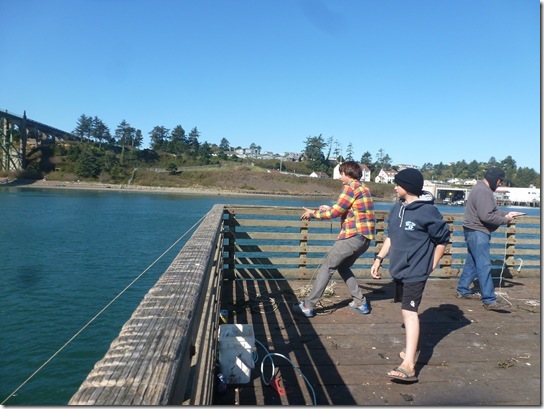 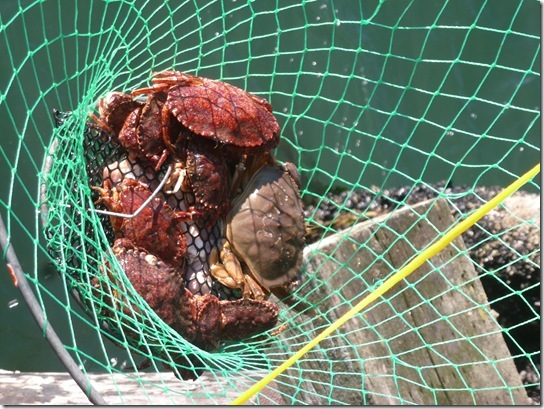 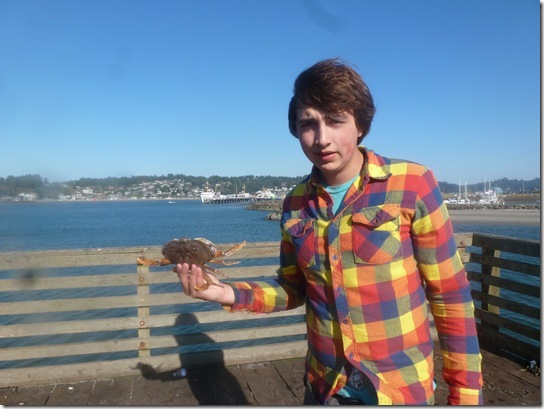 Too small, we were excited to get a male, still picture worthy before putting him back. 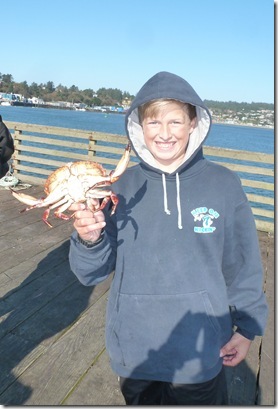 The red rocks were abundant – fun to catch! 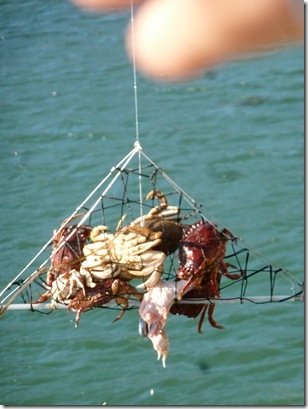 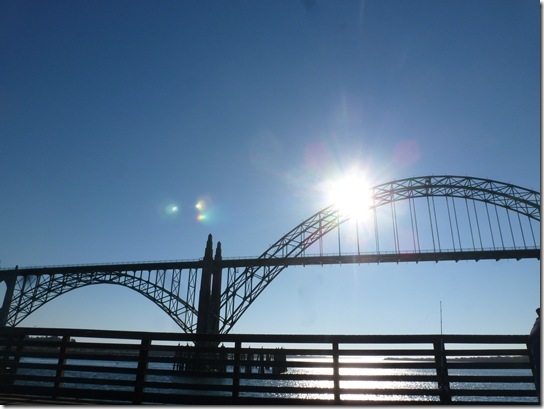 Be careful where you drop your pot!  Neighboring crabbers launched their pot on top of this sea kayak – he had a great catch of ling cod and rock fish! 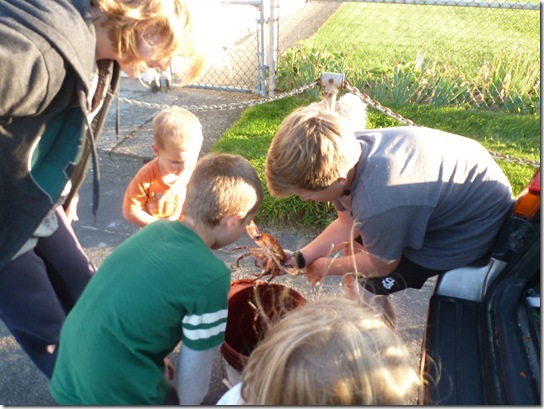 Stopped by Nelscott to check out the surf and one of our favorite families came walking in. Time to show off our catch. 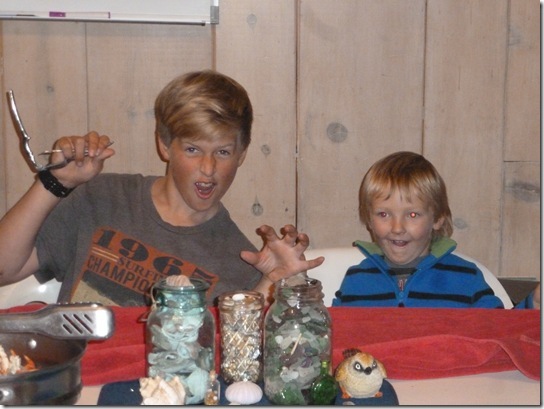 Called some friends to help us eat – Jon and his friend played Crab before eating crab. 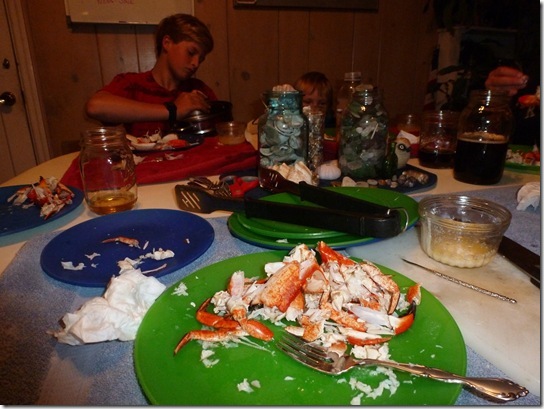 mmmmm.  Our company brought french bread and an amazing topping, I pulled out two pieces of Dave’s Sprouted Bread for hubby and I and threw toppings on them and toasted it in the oven. YUM. Perfect ending to a wonderful full day!

The Transparent Thoughts of an Unschooling Family of Boys - Answering the question - What DO you DO all day?
View all posts by +Angie Wright →
This entry was posted in Beach Schooling and tagged Crab, crabbing, Dock, HSBlogger, Lincoln City, Newport, Oregon, pier. Bookmark the permalink.

1 Response to Crabbing in Newport