Western Grebes are abundant on Devils Lake. I see them while paddling. Their defense of diving anytime something comes close has prohibited clear photographs.  This is our fourth winter on the lake – and not a singe decent photo. UNTIL this Week!!!

My mallard group made a friend!  This Western Grebe kept following them around.  Swimming along side the dock while there were four people standing there. We had enough time to send Jon up to get the camera and come back. The lil Grebe almost seemed to be interested in the camera.  I like this little guy.

Swimming next to the Gulls and Mallards. It looks like his bill is broken. 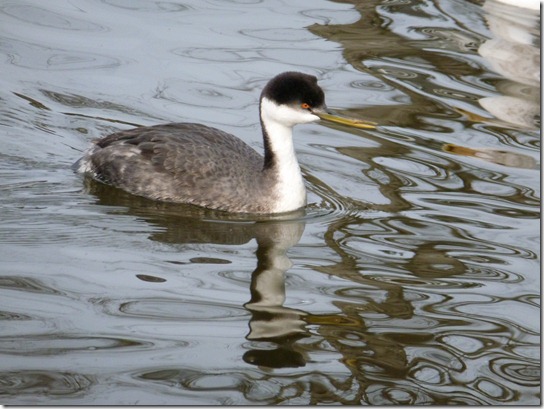 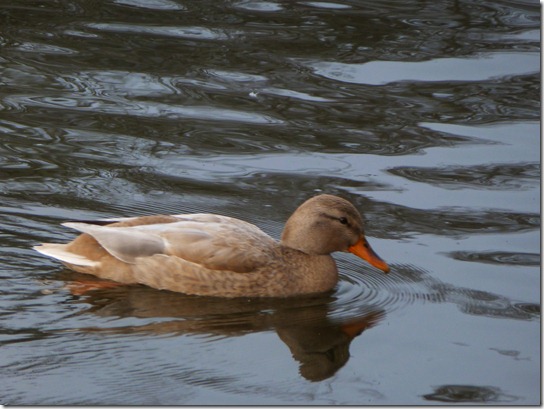 This is Goldie.  Jon’s favorite Mallard. It’s her third year here. She brings her babies by the first week of June for Jon to see. She will come by anytime he is out at the dock.

One of her boy friends or brothers. We can’t tell.  Watching the relationships between the male and female mallards has been interesting.  They are the sentinels. They stand back. Give calls on when to go from spot to spot. Right now they all gather together with a large raft of birds. So beautiful when the sun is just right to show off their colors. Jon likes the little black “wave” of their curling feathers on their tail.

He’s watching. Always Watching. And we enjoy watching him right back.

The Transparent Thoughts of an Unschooling Family of Boys - Answering the question - What DO you DO all day?
View all posts by +Angie Wright →
This entry was posted in Lake Schooling and tagged HomeSchool, HSBlogger, Lincoln City, Mallard, western grebe. Bookmark the permalink.