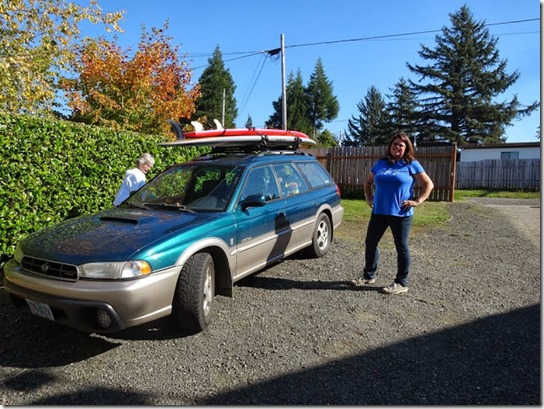 The surf in Lincoln City is pretty unpredictable. We’ve had a crazy summer of strong convection winds, heavy advection fog, choppy seas, and mushy swell. Which is a bummer, as my biggest desire for my summer bucket list was to SUP the Ocean.  I could, if I wanted to take the heavy huge board down about a hundred and sixty stairs at Otter Rock. Not. 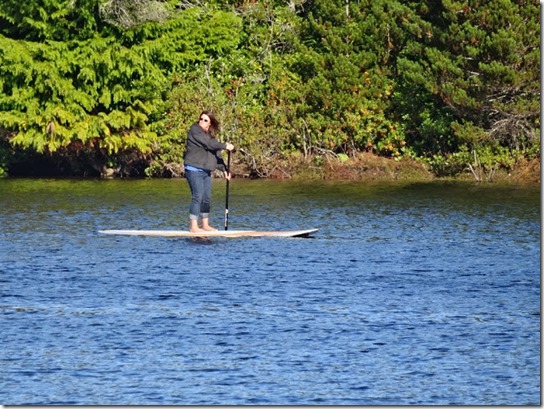 So when we knew we were traveling to Coos Bay, Oregon during a 4 day rain free period, we loaded up the boards.  I grew up around and in these waters as a kid since 1979,  We spent long lazy days floating at Empire Lakes. Fishing, biking, floating. All summer long. So my first bucket list, was to SUP the lake.  However, we forgot our life jacket, whistle and permit. Ooops.  I took a quick tour around the Middle Lake, rebel that I am, but didn’t explore as much as I would have liked. 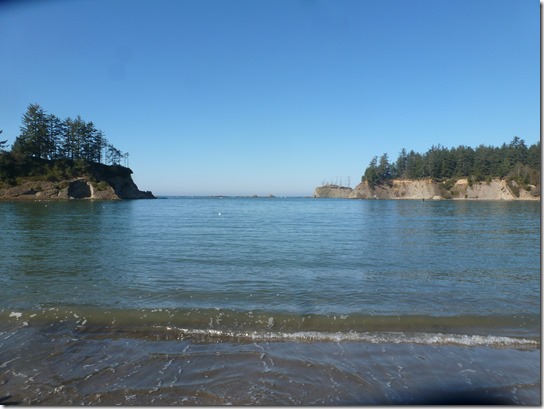 Friday was set out to go to our second destination – Sunset Bay. We were pretty sure that it would be flat with small swells.  Perfect to SUP around. We ran into a local surfer that said it was fun and safe to paddle past the cove and around the island and to the outside. I was STOKED.

Thursday we went out at 10pm to participate in a Full Moon Paddle.  No one showed up, just our family, but a photographer did show up and asked to practice his night shots on us. I don’t have those photos back, but we had a great time playing on the bay. We couldn’t wait to go back in the light of day. 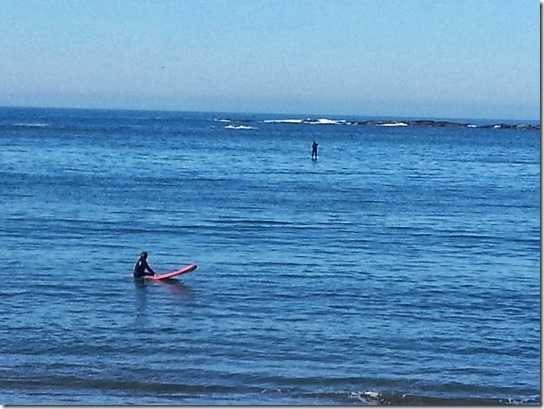 My dad came by while I was out – here I am almost to the outside.

It was so fantastic, I had to go back, get my camera, and head out again. As you go around the cliffs, you can see the light house!  WOOT. Adrenaline rush.

I had never seen it this close! 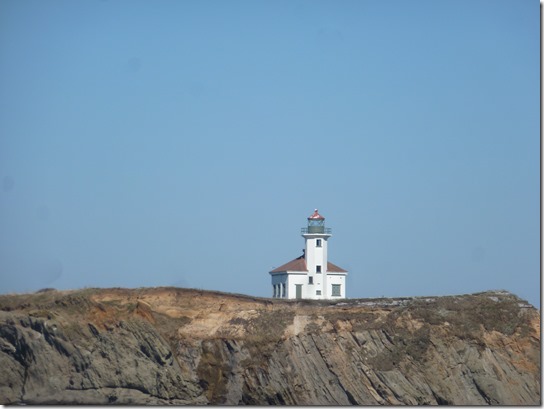 Open water below.  Pure wonderful Pacific Ocean on a Stand Up Paddle Board. I could have stayed out here for hours, but it was really weird being this far out alone. The conditions were seriously safe – but your mind goes a bit nuts out here as the ‘what ifs’ float through your mind. 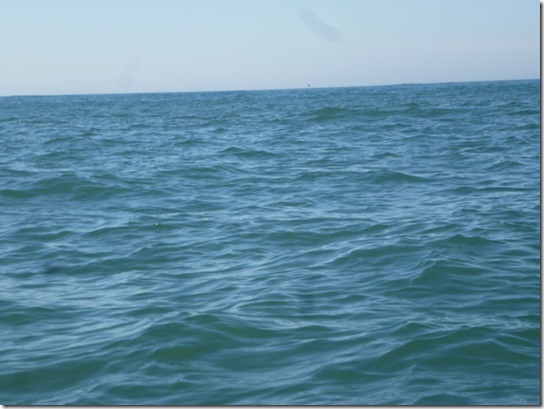 I can’t believe the journey our family has been on the last year.  Oregon Surf Shop has been training and encouraging our journey to health, fitness, ocean education and water safety. They have an amazing team. I thought of each one of them, and each of my SUP’n gal pals. I wish they had all been out here with me. 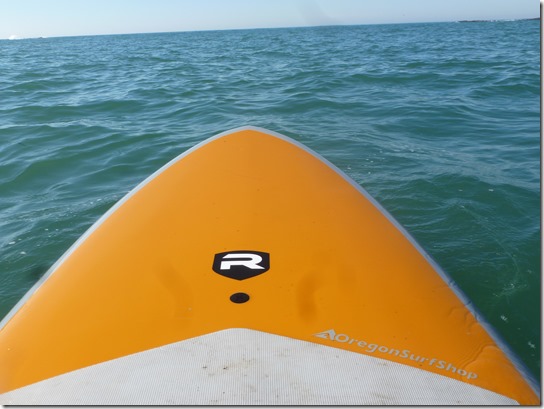 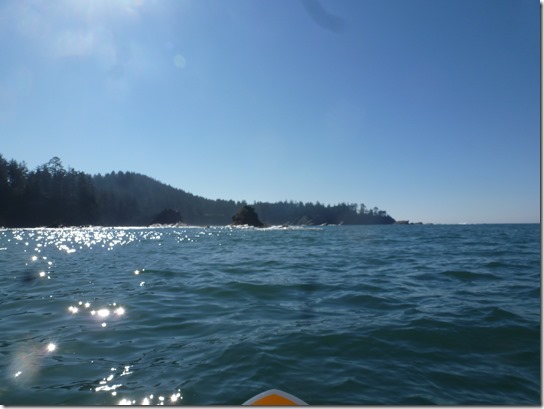 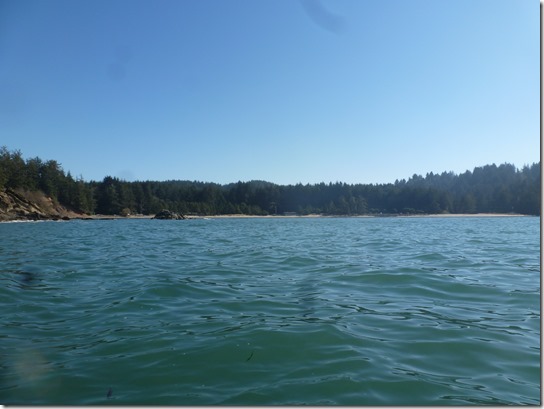 Heading back to the cove. 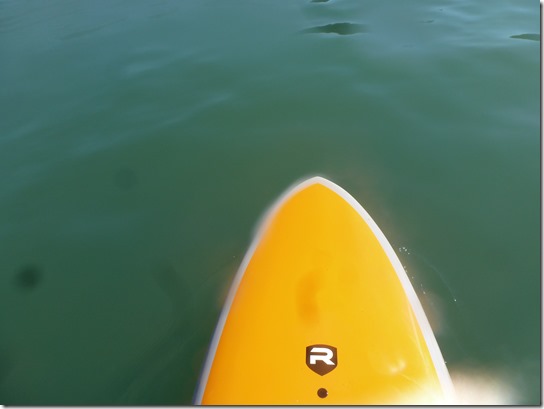 What was cool – is that the swells out that are a bit bigger. I couldn’t get a good shot, but if you timed it just right, the board would rise up, then you could give a swift paddle stroke, and the swell would take the board and move towards shore. The front half of the board would be up in the swell, hovering above the water. I would giggle like a school girl, enough for the boys to make fun of me. So, officially SUP Surfing – even if it was with the worlds calmest glassiest, smallest swells. It still gave an adrenaline rush and a girly giggle. 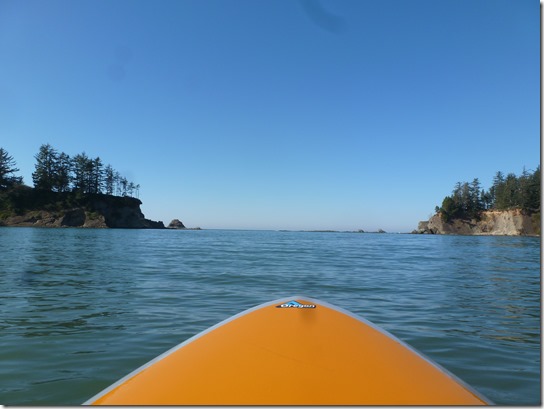 I went out several times during the afternoon, out and back, further and further, out and back.  Special thanks to the Oregon Surf Shop for hooking me up with the gear and training and stoke!

The Transparent Thoughts of an Unschooling Family of Boys - Answering the question - What DO you DO all day?
View all posts by +Angie Wright →
This entry was posted in Beach Schooling and tagged coos bay, first time, girl, Lincoln City, Ocean, Oregon, oregonsurfshop, Stand Up Paddle, SUP. Bookmark the permalink.