The weather in the Pacific Northwest gets a little confused. Or maybe I’m confused. In the Summer- you’d expect this scene, get ready for a BBQ, throw on your swim gear – and enjoy the day. Not so much. We have this crazy advection fog and convection wind howling non stop. Warm yes. Windy – like you can’t even imagine.

Jon is enjoying wrestling. I still have a surfer mom’s attitude. I have a hard time blocking out all the nut jobs in the stands that seem to think this is the most intense amazing thing on the face of the planet – life or death – win – or die trying. I keep hearing how this is an individual sport – that will push you to your limits. You’ll know – you’ll experience the moment of knowing you could go just a little bit further. You’ll grow strength and character. So far, I have seen a lot of kids changed from the strength. On our team and the others – but I have not quite seen a lot of character. Determination to practice when it’s hard and you don’t feel like it – but we get that in other sports. Ever see a kid drop into a 15-18 foot wave during a competition when he didn’t want to paddle out? Spend 10 minutes of his 15 minute heat trying to beat the crazy storm to get a wave so he has points on the board? Ya. I think Jon get’s the whole – individual – take it further than you can go idea. And in surfing – no offence – but it really is – make the drop – you could die.

On a lighter note – I’m walking a lot more. Back on the No White Sugar – No White Flour mode. I quit in November, gained a bunch of weight, inflammation city. Now, after almost two weeks, my hands and knees feel a lot better, I’ve shed the 10 pounds of inflammation, and need to whittle down 10 more – then see if we can spent the spring and summer knocking down 25 more. I’d like to see what I’d look like, feel like – with 25 less pounds.

We watched the eagle above fly by with a fish – then realized I had a camera around my neck. I zoomed in on him as he ate breakfast.

We drove up to Pacific City this week and met a friend that had not fed the bunnies – So – We had to go over there! 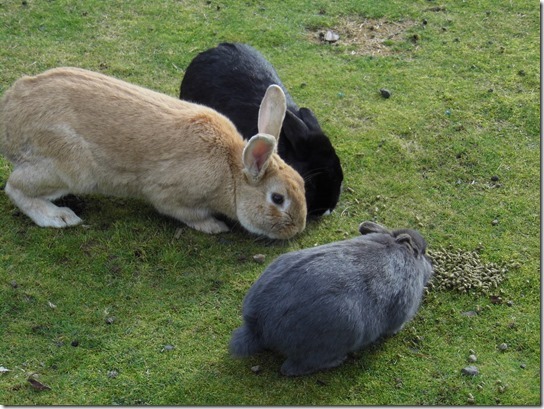 Good times. Jon got some really great waves. It is fun now to walk back to the parking lot and join the peanut gallery – and they know who he is and comment on how far he’s come this year. With a bit of surprise in their voice about his turns and drops. Makes mom smile.

Surfed at Otter this week – ME! It was a small swell day – and a friend called and asked if I’d suit up and go out with her. So the boys let me play in the ‘kiddie pool’. We found this ancient root stump washed ashore? Uncovered? I’ve seen hit here before.

There is another one to the south a mile or so at Beverly Beach:

I saw a few others were taking photos of this stump as well:

Did I mention it’s cold in the mornings?

But I keep warm. 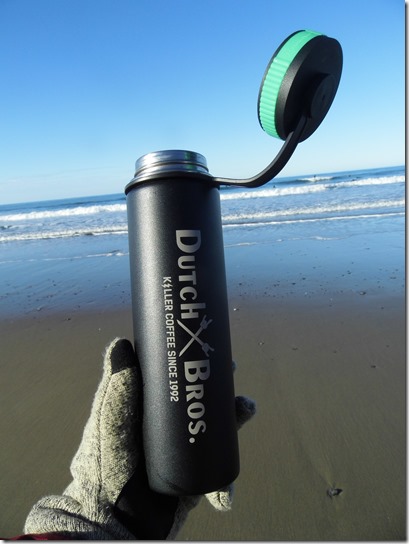 We are heading into Review Season – which means we’re heading into our focused intense intentional schooling season. Jon’s doing really well with his Math U See Pre Algebra. I’ll write a post about it – but now my only regret in home schooling is letting my oldest son take Teaching Textbooks Pre-Algebra by himself. I thought I’d won the lottery – him able to do his work on his own. But I wasn’t prepared to help him in Alg 1 or Alg 2. I’m doing Pre-Algebra with Jon and LOVING it.

We’ll be reviewing a lot of writing and history this spring/summer. So far I have a William Wallace audio DVD that we are enjoying – (think Braveheart). We just got in Critical Thinkign Company’s History Detective. So far so good.  I’ll share more later –but I really like the thinking part of it – not just – Mary rode a brown horse to town. What color was her horse?  I’m going to watch IndoctriNation with the family this weekend – and more on the horizon. So , Maybe we’ll be chatting a bit more about actually doing school as our Winter Summer comes to a close before the Spring Storms take over.

We’re also REALLY enjoying being back on track with the Outdoor Hour Challenges for Nature Study. I have a few posts on the ready to write to share those adventures with you.

So if you’re hanging around on my blog to see how we actually intentionally Learn – our Nov/Dec break is coming to a close.

The Transparent Thoughts of an Unschooling Family of Boys - Answering the question - What DO you DO all day?
View all posts by +Angie Wright →
This entry was posted in Beach Schooling, Lake Schooling, Reviews, Some Schooling and tagged ancient stump, Grom, HomeSchool, HSBlogger, Pacific Northwest, Surf. Bookmark the permalink.

2 Responses to Summer in January–a Recap