“Every year in early winter, high tides in Oregon are higher than usual. These tides, which include what are called ‘king tides’ in some places, are being documented to help understand the impacts of sea levels rise in the coming decades. You are invited to participate in a project to document these high tides, which can be used to illustrate where tide levels are expected to occur with increasing frequency in the future. We encourage you to take pictures of this season’s king tides, which are predicted to occur on November 24th-27th, 2011, December 23rd-25th, 2011 and January 20th-23rd, 2012 and then upload your photographs to our Flickr group. The more people participate, the better we will be able to document the highest extent of tidewater during the 2011-2012 winter king tides.” From the website Climate Adaption Planning – King Tides

So what is a homeschool family on Christmas Break to do – when challenged to grab a camera and record a King Tide?  Yep – Out we went.  It was difficult to get a truly great photo, as there are homes along the edge, and the water is along the edge . . . . and the waves are picking up huge driftwood trees and tossing them like toothpicks in just a few inches of water . . . . 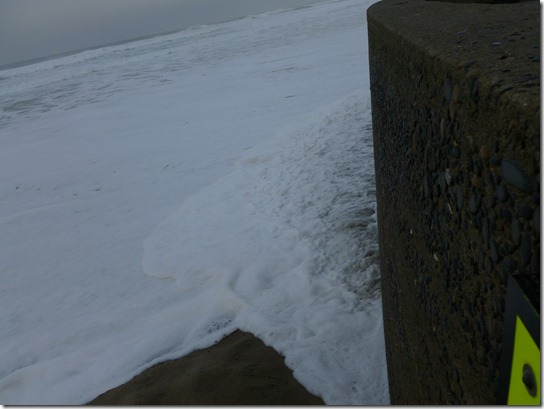 One small slot of sand let me take this photo of the water all the way against the wall – but this sand was covered on waves as we watched for a while. . . . 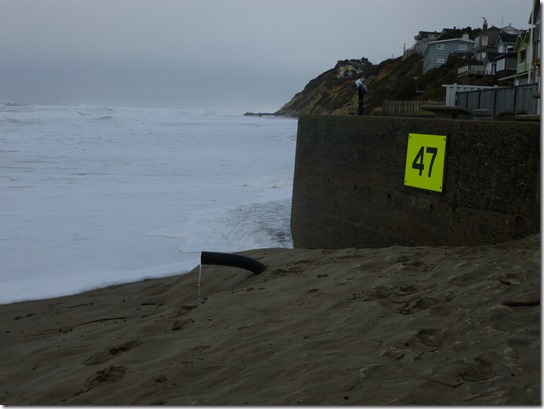 We watched two families get trapped against the wall.  Tried telling them, people don’t listen. And if a few inches of wave can toss a tree, not sure what your dog and 10 year old daughter are going to do? Here is a shot where the ocean surges out, ripping up the sand with it, inviting beach walkers to think it is safe.  See those tiny people by the sea wall? Ya, they just got caught by a wave. . . . 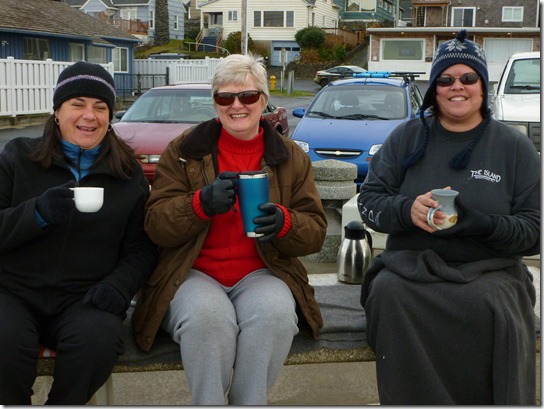 Us more seasoned wave watchers came prepared with mochas, gloves, hats, and warm layers. Another friend showed up a bit later, they were at an entrance on the other side, down the street when this shot was taken. Remember, Nature  / Ocean Marine Biology / Tides/ Weather learning is sacrifice! 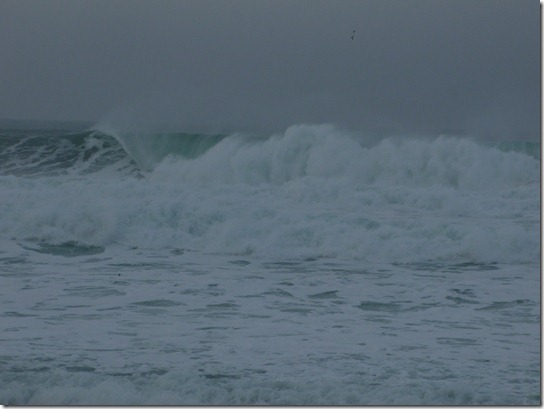 What we’re watching – above photo.  To our right, the waves smash the sea wall and move up the ramp area over, and over, and over.

Again, sneaky surge out to sea makes it inviting to walk here – Always ALWAYS check the tides and activity with the surf before walking in the winter! Did I mention – Always!?!

Look below of the same shot as the first one, but with a surge out to sea: 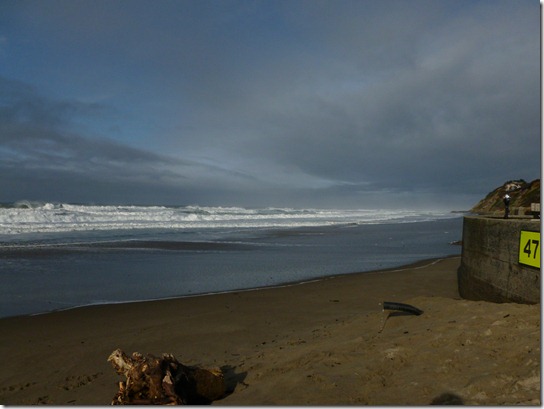 We spent two hours out here, my cheeks feel a bit sun warmed, wind chapped, and joyful. Notice the sun, (that white circle in the sky on the left hand corner of the screen above the motel.)  Not too high in the sky for sure – at noon.

This is our second King Tide to participate in. There should be more tomorrow, and we’ll look closer to our side of town . . . Oh – And Happy Anniversary to Me and Hubby!  22 years Today! Woot Woot! Love him so much! It’s been a great adventure with my best friend!

The Transparent Thoughts of an Unschooling Family of Boys - Answering the question - What DO you DO all day?
View all posts by +Angie Wright →
This entry was posted in Beach Schooling and tagged 2011, HomeSchool, king tide, Lincoln City, Oregon. Bookmark the permalink.