of Storms and High Water

This picture doesn’t actually show it, but our town has a program called Finder’s Keepers. Here’s a post from Jon’s first float. We were out looking to mark the high tide King Tide and Nate saw a float rolling around in the surf. All I knew was this crazy kid jumped off the sea wall and started running for it. He made it back before the swell came back to the wall. BTW, Love his outfit . . . colorful kid. He had just gotten off work at the pool. 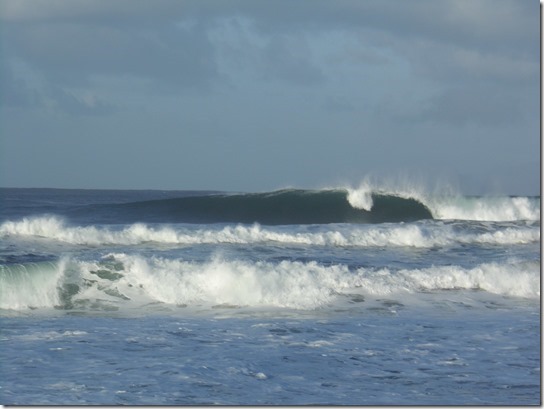 I love watching the sea foam slam against the sea wall. This only happens with big surf and high tides. This particular day was a king tide.

We had a call from a neighbor to invite Jon and I to surf the river mouth. When the ocean gets too big – large swells will come up the river. Usually we think of the larger rivers in Newport and the Salmon River. Instead – my friend said the D River (Shortest River in the World). I laughed but he was serious. The high swells (18-20 feet) and the high King tides were pushing waves up the river. 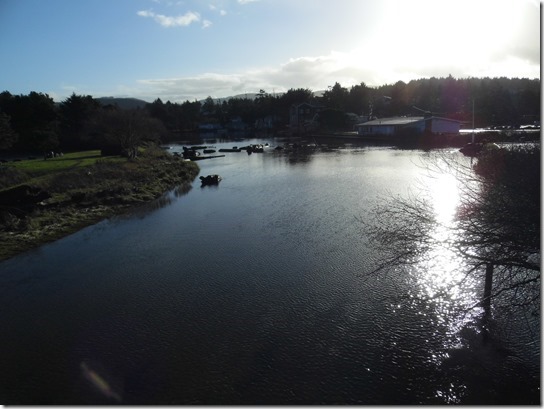 This is the calm of the ‘bay’ of the river.

This is the D River with one swell out there starting to come in.

While driving out – we spotted a rainbow at the river mouth. Had to pull into the D River State Park and take some photos. Below is our lil adventure car under the rainbow.

The Transparent Thoughts of an Unschooling Family of Boys - Answering the question - What DO you DO all day?
View all posts by +Angie Wright →
This entry was posted in Beach Schooling, Lake Schooling and tagged Grom, HSBlogger, pnw, river surf, up river surf. Bookmark the permalink.